Seek An Uncontested Divorce Lawyer For Your Separation

Want To Get Back Your Property? Hire TheBest Property Lawyers 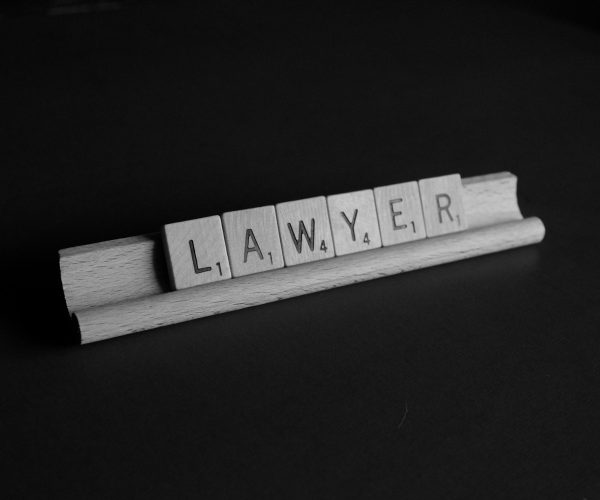 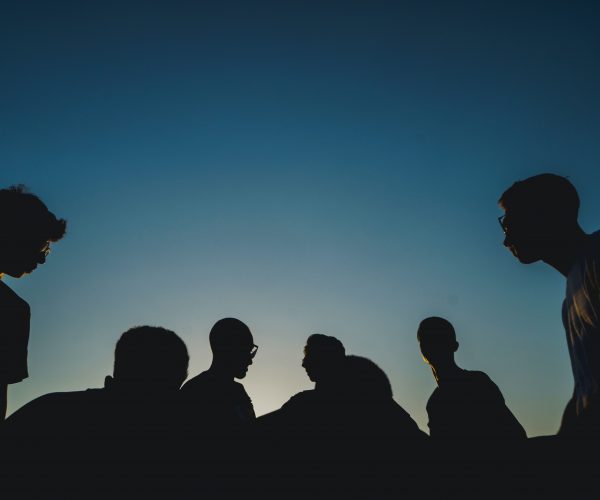 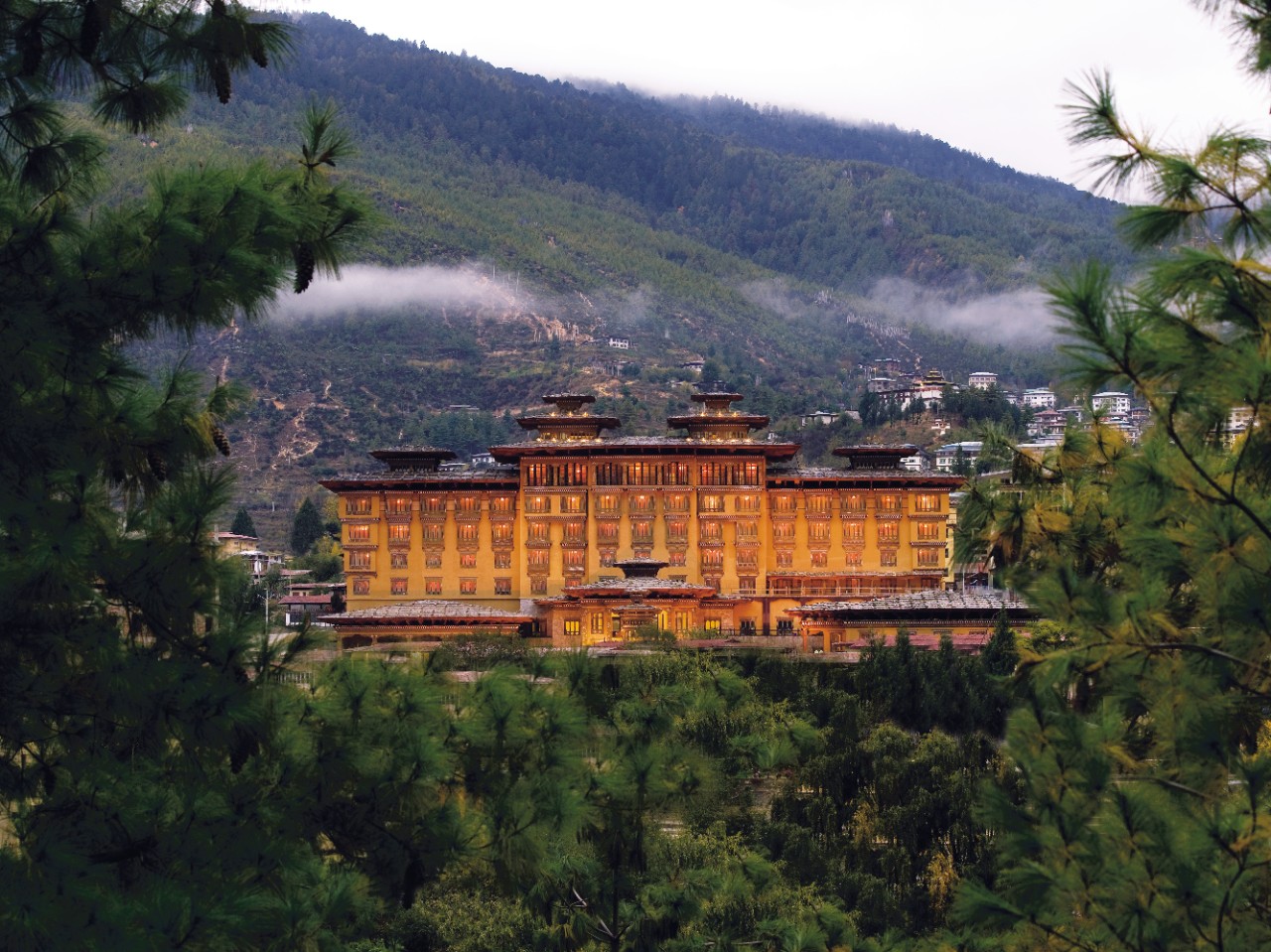 The latest inventions of the National Assembly relating to an increase in tourist taxes and the creation of a special tax on tourist nights in Ile-de-France have annoyed a lot of people in the hotel industry. And we understand them. We ourselves have published a point of view article on this topic. (see article)

Among those irritated against this surprise surcharge, we find the newly formed “  Alliance 46.2  ”, an atypical, unique and very select club, which brings together almost twenty large groups closely or indirectly linked to tourism (*). To contest this tax decision of the deputies, Alliance 46.2 obviously published a study ”  What impact on tourism and on employment “.

He claims to demonstrate the harmful effects of this Ile-de-France tax on the hotel and tourist economy, and by extension the bad deal for the State. The group has therefore gone from being a nice think tank as it was when it was created, to that of a biting lobbyist defending the interests of its contributors.

Indeed, what better than a documented study to defend a cause , rather than the vain threats, approximations and incantations to which hotel unions have accustomed us so much to make people talk about them.

Problem is, Alliance 46.2 gave us a conjuring act that he himself seems to believe. Already, he entrusted the study to MKG Hospitality , adept of tarot and coffee grounds, which immediately forces you to be wary of its content even before having read it, knowing the methods of this firm headed by Georges Panayotis. L’Express and Le Figarohave also done him honor, taken up by an explanatory article of the Committee, to recall according to these investigative journals that he had practices that were too good to be honest: tax evasion, Legion of Honor “acquired” in contentious conditions from an infuent politician, conviction by the courts for abuse of corporate assets,… Its proximity to the Accor group, a member of Alliance 46.2, and the very accommodating files it provides suggest the rest…

And we were right to remain perplexed when we discovered the report provided by MKG to Alliance 46.2, which seems to have swallowed it without pinching our nose, like a good truffle and lobster soup.

What do we read in this grimoire as cloudy as the urine of a Tour de France cyclist?

1) – that the tax pressure is high in France and that this is not good. But that has already been known for more than 20 years, even if it is always good to remember it. Except that the reality of the figures provided to demonstrate it is not very certain.

2) – only by very convoluted equations and pseudo-scientific-scholarly formulas with MKG sauce, illuminated by its crystal ball, – Ln (CV) – a 1 Ln (Px) + a 2 Ln (GDP) +… + € – (no laughing), based on a hypothetical notion of “price elasticity of demand” and without forgetting the “logarithmic transformation of the explanatory variables” , … therefore that “the taxes of the order of 2 € per an overnight stay in Ile-de-France would result in the loss of 671,000 rooms from sales annually ”. In short, they meant that increasing accommodation costs by € 2 per person (average amount of tax considered at the time of the study) would scare off customers and that it would hurt a lot. It would therefore be a net loss “of 40 million euros for accommodation (hotels and tourist residences) to which are added the unrealized expenditure in catering, leisure, shopping and transport (by the flight of customers) “ , Insists the report, which suddenly pleases all members of Alliance 46.2 in their diversity. And prior to shopping for essential stuff, it is advised to look at us customs data to minimize the risks and loses.

3) – that this announced economic disaster will cause the loss of “more than 1,300 jobs (destroyed or not created) due to the simple adoption of this regional tax and this, for the Ile-de-France region alone and for a tax of only 2 € per night ” . And why not 2,000, 5,000 or 12,000 jobs killed, since we are here in the inflation of anything and in the Medef-style sleight of hand? We shudder.

In the end, “the additional tax of 2 € per night would induce more than 82 million euros of expenditure not consumed by tourist customers” , crack our experts who have no doubts about anything. Damn! Fortunately, the intellectuals of MKG came to the rescue to explain all this to us with their pretty colorful paintings.

To drown the reader in figures without tail or head, then to smoke it the better to stun him and destroy his critical sense, nothing better has yet been found since Cro-Magnon.

Okay, strangely nobody will see anything wrong with the fact that MKG leansas usual on the figures of integrated hotel chains(which he receives free of charge every month by hotel groups) and extrapolates his divinations on this basis. Except that they represent 32% of hotels in Ile-de-France and have very different business results and hardly comparable with those of the independents.

Admittedly, these perfectly absurd amendments voted by the deputies ignoring the functioning of tourism are indeed unbearable. All the more so since this adds to a mountain of new regulatory constraints which themselves juxtapose with the previous ones. Hoteliers have been facing this over the past few years (read our White Paper on Hotel and Tourist Modernization ) to the detriment of their profitability and their ability to reinvest.

But, even if it means developing an argument to denounce the stupidity of this decision of the legislators, as much as it is serious and indisputable. Or at least professional. However, whatever one does, this “study” has a strong odor of complacency  and clearly wants to take the bladders for lanterns.

First of all, if customers have price as the first criterion for selecting tourist accommodation, it is the interest of the destination that makes them decide whether or not to go there. The study knitted by MKG affirms that “(the) loss can be effected by a displacement of the customers either towards other destinations , or towards the underground economy” . Is that so ?

– Who can believe for a moment – including a deputy ignorant of everything about tourism – that a foreign tourist will give up going to Paris (with its cabarets, its Eiffel Tower, its “gay Parissss”, its monuments and even Disneyland) which he dream maybe for years, just because he will have to pay 2 € tax per night?

– Who can imagine that a businessman will not come to the Paris region for his work for the same reason? The same goes for seminars and conferences.

The MKG file argues that the increase in VAT from 7% to 10% in January 2014 could not be fully reflected by hoteliers in room prices. Yet it is the same who declared peremptorily in December 2013, via one of his improbable surveys of which he has the secret that ”  89% of French hoteliers intend to pass on the announced increase in VAT to their sales rates including VAT (applicable in January 2014) ” . The Oracle is still proving to be a good forecaster even in the very short term. Let’s move on.

We therefore understand, according to MKG, that the additional perception of 2 € per night in Ile-de-France would be a problem for customers.

However, oddly, this no longer seems to be a problem at all when the hotels of the Accor group , a member of Alliance 46.2, easily vary the prices of their rooms in their Parisian establishments by 50%, or even triple them (!), Depending on the vouchers. principles of yield management. For example, we find the Mercure Gare de Lyon in Paris which offers the same room from 175 € to 285 € depending on the period. The same goes for the Ibis Gare Montparnasse from € 105 to € 160 per room / night or the Ibis Tour Montparnasse from € 89 to € 165. We even saw the price displayed at the entrance of the hotel at € 300 on September 24, 2014! (see photo above).

Would the famous “price elasticity of demand” suddenly no longer be affected or would it just be valid when it suits the parties? For Alliance 46.2 / MKG, adding € 2 per person to the bottom of a hotel bill would scare customers away like lamb before the wolf; but, on the other hand, raising its room prices, from one day to the next, by € 30, € 50 or € 200 and more would not help  ? Bladders for lanterns, we tell you …

An impact without effect

More broadly, Ile-de-France hosted almost as many hotel nights in 2008 as in 2013 (66.2 and 67.4 million respectively) for an almost identical overall average occupancy rate: 74%. However, average room prices have increased by more than 30% over this period (sources Insee), VAT has been changed twice and 3/4 of customers still find the hotel industry too expensive according to regular surveys carried out by Coach Omnium .

Without forgetting that there were no job losses over this period in tourism, that the price of the metro ticket book was significantly increased (+ 20% in 5 years) as well as that of taxis, and that restaurant additions have not been subject to downward revisions. On the contrary.

All these changes directly or indirectly affecting tourism, increasing tourist spending as well as these negative perceptions by travelers have in no way modified the level of tourist demand in the Paris region , which has been stable and even significantly improving since the latter. years.

Taking this into account, we do not see how an addition of € 2 per night would in any way modify the attractiveness of the Paris region, even if the Committee declared itself fiercely opposed to this tax.

And what about the airport tax? It continues to be raised to now be € 11.50 per passenger in Paris airports. However, this did not discourage passenger volume from going from 87 million in 2008 to 90.3 million in 2013.

In short, Alliance 46.2’s choice to display the threat of a flight of tourist customers, an economic downturn and the disappearance of jobs is a furious strategy crash, difficult to justify . Because, it is still necessary to know how to demonstrate these risks – if they really exist, which is not at all proven – with a method that is far less open to criticism and more sincere than through this unfortunate “study” published by Alliance 46.2 and its supplier MKG.

We thought that with members of this club so professional and prestigious, this kind of error would never come because we can not imagine that there would be naivety. Let’s just hope this farce didn’t cost Alliance 46.2 anything,… if not the price of silence.

Why is such a publication a problem?

T out study report and can, misinformation, any significant untruth create both confusion and above all, contribute a little to withdraw the credibility to tourism and hotel industry, which has not really need . This discredit then encourages the publication of new stupid and costly regulations, makes access to loans and financing difficult and gives a bad image of the profession to the general public and the media, which is detrimental to its activity.
(*) Accor, Aéroports de Paris, APST, BNP Paribas, Caisse des Dépôts et Consignations, Cityvision, Club Méditerranée, Compagnie des Alpes, Elior, Euro Disney, Galeries Lafayette, GL Events, Groupe Flo, Kering, Lagardère Services, Groupe Lucien Barrière, Pierre & Vacances-Center Parcs Group, SNCF and Viparis (source Alliance 46.2).